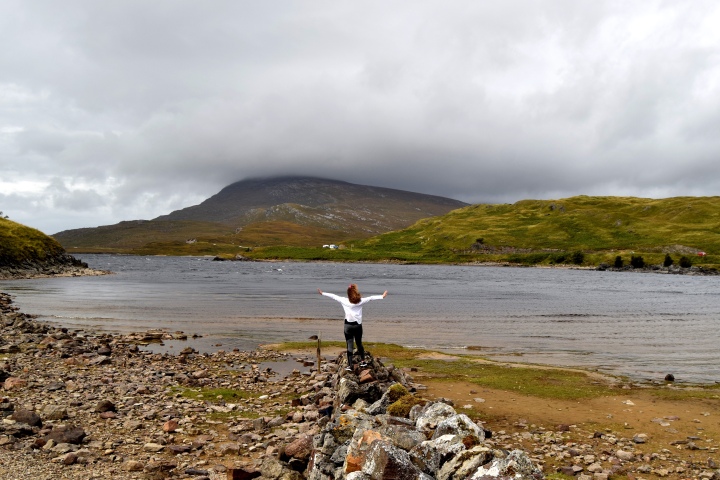 Scotland is bloody bonnie, I tell ya. We live in such a picturesque place that often is taken for granted, but there’s nothing like taking a step back, hopping in the car and going on an absolutely grand adventure.

This week I’ve just come back from a trip up north, and tying in with last years trip, I thought I’d share some things to see and do while you’re off visiting Scotland’s rural and magical spots.

Now keep in mind, Scotland’s highlands are vast, so I’ve picked some places from over the country to try find something for everyone!

There is nothing quite like the half princess, half gothic castle that stands grandly outside Golspie (and knowing fine well it owns the joint). It’s glorious, the gardens are stunning and if you’re into it, there’s a falconry and museum – although I’m warning you now, the museum is more of a trophy room, which freaked me out.

It costs to get in but seeing the architecture alone is worth the money you pay, psst students get a discount, and it really is a magical place. I wore a pink summer dress the first time I went to get in on the princess vibe, maybe I’ll go a third time with a full ball gown and really unleash my inner Rapunzel.

It is the most surreal feeling when you realise you’re standing at the most northerly town in Scotland and looking out to the sea.

Even without Covid, there wouldn’t be a lot there to do but getting your photo with the pretty painted wall and the famous signpost is a must.

The photo doesn’t do it justice. The stacks, sitting at Scotland’s most northerly mainland point really do take your breath away. It’s a surreal notion to look out at the ridges covering these cliff edged mounds, how could you not feel like you’re under a spell?

It’s just less than a mile from the lighthouse over some farmland, and the lighthouse is about 3 miles from the quaint John O’Groats and it was SO WORTH the quick nip over.

This is my second time seeing the beautiful ruins sat beside the Loch Assynt. With the hills creating a fence round the water, the small castle ruin sits idly on the smallest of inclines, with a view of two ruined houses on one side.

I had my ex, who took me the first time, clamburing over the tops of the ruin (because what even is a fear of heights?) but this time around, neither my dad nor myself were feeling brave enough to stand on the second tallest point of the ruin – so we opted out of that plan, which was probably wise seeing as I have the balance of a drunk toddler and my dad was um, well, shaking like a leaf.

So, this is where we stayed this time around. There’s really not much to do however the BEACHES ARE SO GORGEOUS that I just had to include it. Also, Dornoch has the cutest little bookshop. There’s coastal walks, fishing lochs, couple of restaurants and other trails near by. It’s a good place to rest your head at nights ready for your next adventure!

Was I slightly let down by this ruin? A little, however it was great to get it crossed off the list. The ruin is literally one wall, and the corner of another but you get lovely views over the water – and you’re bound to see seals and other wildlife down at the little beach too. Tick off while you’re on your travels to the next big place!

This was the last stop last summer, and it was so beautiful. It’s a big of a boggy walk to the falls but seeing them is breathtaking and entirely worth the wet feet.

We climbed to the top to look out over the tiny village of Clashnessie and sat, pondering life – because where’s better to have a little think than on top of a grand waterfall.

Would it really be a post on the highlands if I didn’t mention the outdoor capital of the UK? Glencoe is home to farmlands and some of the most impressive mountains in Scotland. Situated in the West of Scotland, it’s not too far from Glasgow (roughly two hour drive) that you can’t get up one morning and go see the views. Equally, stay in one of their lux accommodations for some time to recooperate and enjoy some R&R.

Equally, you have to see Fort William, another massive outdoor hotspot in Scotland! And, hey, if you’re feeling strong enough, then it’s the perfect time to climb the highest mountain in Scotland. Ben Nevis or The Ben, as it’s affectionately known as, sits at a huge 1345m high and has some tough terrain for you to conquer.

You brave enough? Cause I’m feeling it, you ready?

Other idea’s include (some of which I’m yet to see, but is definitely on the list!):

Falls of Shin where you can see salmon leaping.

Where’s your favourite places in Scotland?

5 thoughts on “Things To Do in the Scottish Highlands”